No Scaredy-Cats in Peruvian Park 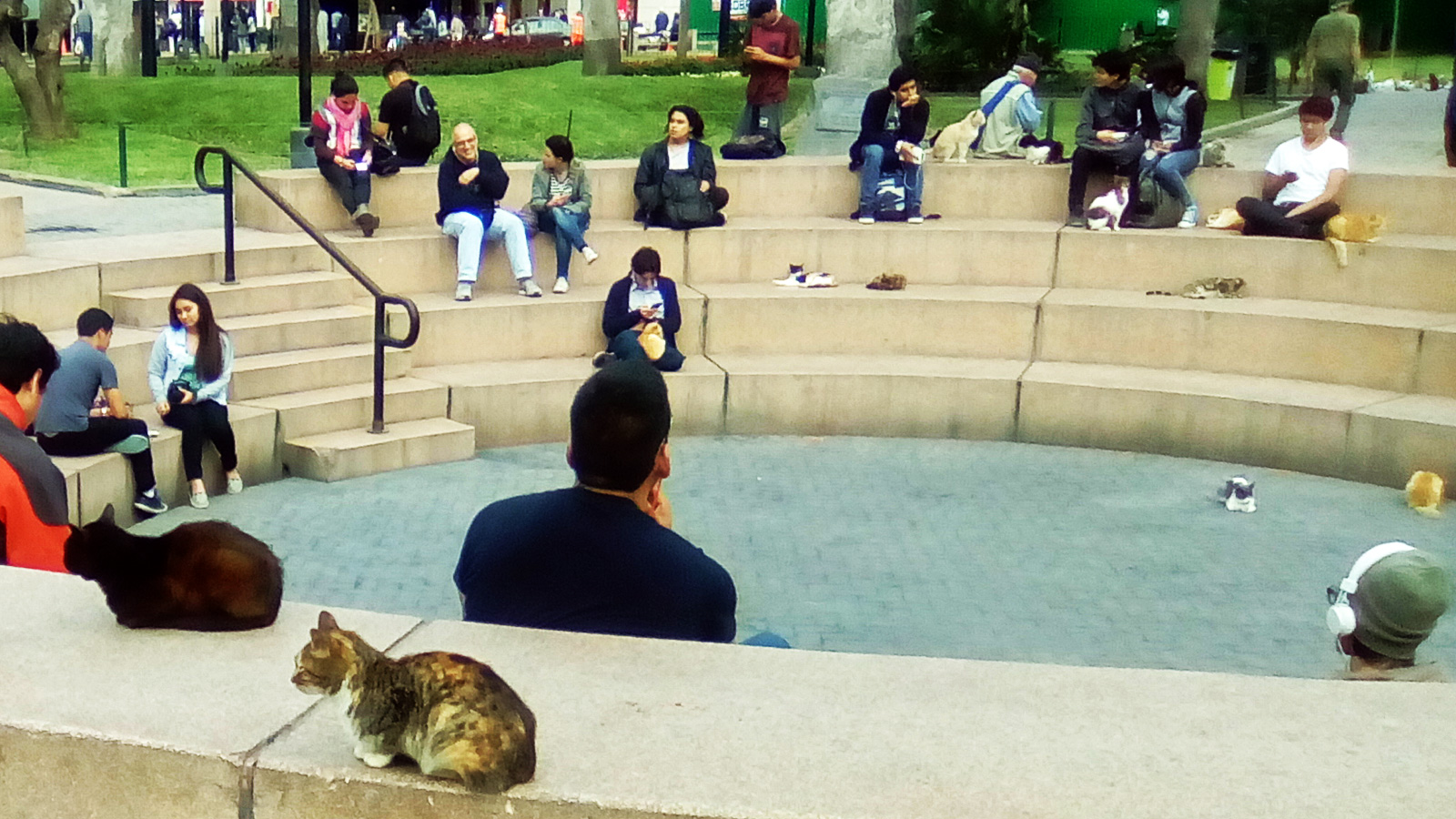 Share
The unofficial main square of Lima, Peru, is curiously named after an American president. Parque Kennedy is the chief point of convergence of limeños and tourists alike, more popular even than the city's Parque del Amor (Lovers Park) and its Calle de las Pizzas (Street of Pizzas).

Five-acre Parque Kennedy consists of well-tended trees and lawns, walkways and benches, and a small amphitheater that frequently fills with couples dancing to neighborhood bands. The park faces a church, a municipal palace and handicrafts shops. Vendors hawking butifarras (turkey breast sandwiches) from portable carts roll in every afternoon and stay well into the night.

But it's not the shade of the trees, the lure of the benches, the tasty butifarras or the splendid people-watching that draw throngs to Parque Kennedy. Not primarily. Its chief attractions are its gatos and gatitos—cats and kittens.

Some 20 years ago a woman took to feeding the dozen cats that lived in the park back then. By 2004, the number of feeders had swollen to 14. They united to feed, vaccinate and otherwise care for the gatos, whose numbers had multiplied to about 50.

During a recent visit to Parque Kennedy, I saw dozens of cats and an equal number of people enjoying a sunny afternoon. Many kitties sat beside people. Some were curled up in laps, being petted and occasionally spoken to. A few of the gatos slept in trees. Otherwise, they mostly lied about soaking up the sunlight. All seemed healthy and content.

Lima is a city of 11 million people, no doubt many living alone. But if any feel lonely, they need only make their way to Parque Kennedy and avail themselves of a little cat time. The felines are eager companions, particularly if you share a butifarra with one, as I happily did.

This KiVi is dedicated to all people who extend a helping hand to animals in need.