On Hard Times, But Too Proud to Beg 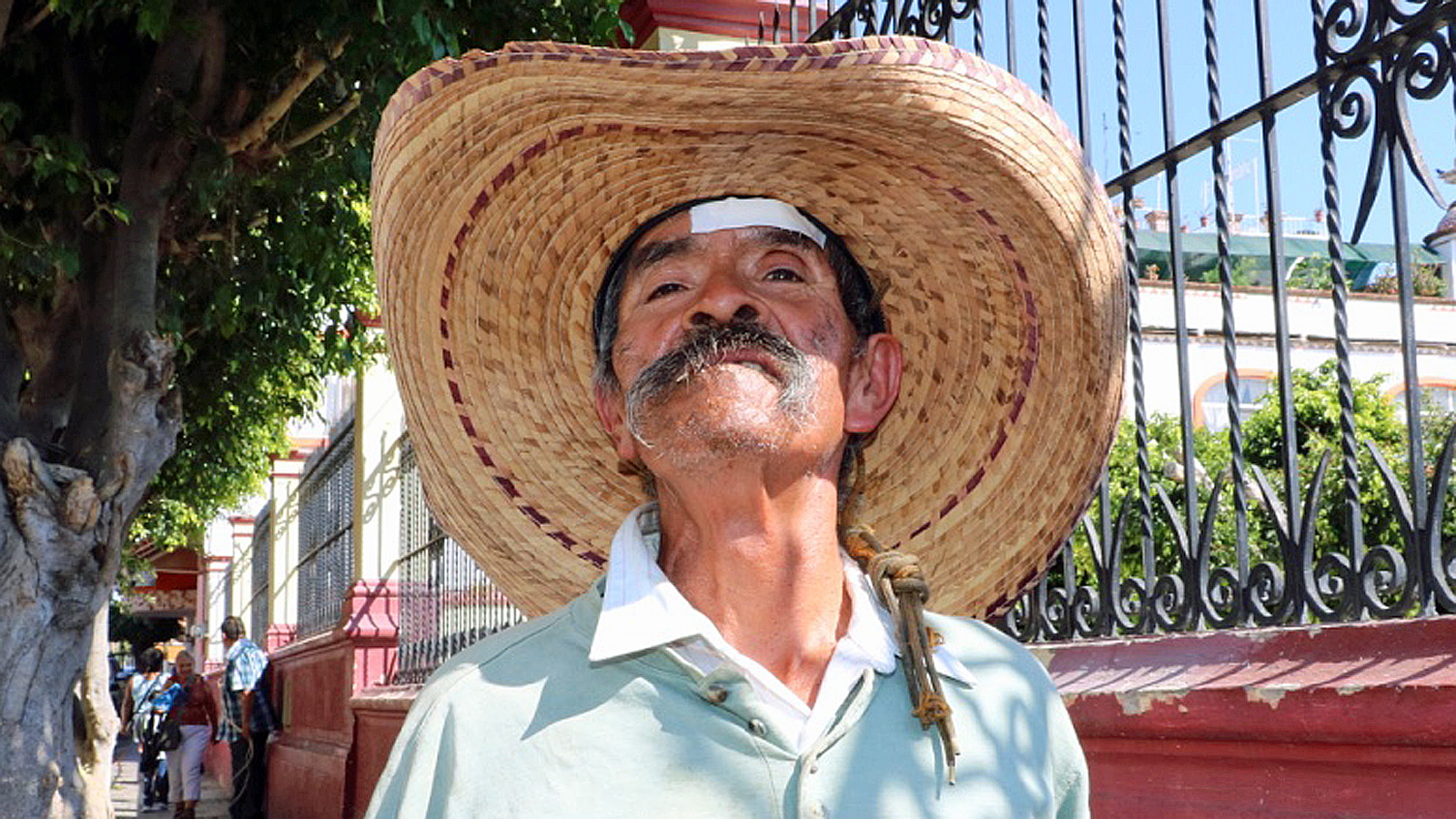 Share
It was the sombrero that caught my eye. You could blot out the sun with that thing, I thought. Then I noticed the bony man beneath it, his back to me as one of his arms hung at his side and the other made furtive plunging movements.

He turned, revealing a scraggly mustache and a bandaged forehead. Also visible now was the object of his attention a moment earlier: one of the garbage cans scattered around the plaza in Ajijic, a Mexican town near Guadalajara that's popular with retired Canadians and Americans.

Several dozen retirees were in the plaza, drinking coffee and eating cake at outdoor tables, as the old man rifled garbage for something to eat. Any of the gringos could have given the old man a few pesos for an empanada, but they didn't and he wasn't asking anyway.

Instead, the old man limped past the ex-pats—fabulously wealthy people by comparison—and made a beeline for another garbage can from which he scored something edible and quickly put it in his mouth. Then he limped to two more garbage cans and rifled them before leaving the plaza, his head proudly raised despite the hard time he was having.

I wanted to help, but I knew from past experience that people like him don't want and won't accept handouts. They aren't beggars, they will tell you, insulted. So instead I grabbed my camera, caught up with him and tapped his shoulder. He turned slowly, his left side frozen by a stroke, but his eyes animated with surprise.

Pardon me, I said in Spanish, but can I take your photo? I will pay 100 pesos (about US$6), I added before he could reply. A handout is one thing, a modeling fee quite another. Si, señor, he said proudly and raised his chin to convey the respect he had for himself. I snapped the photo you see here and thanked him. It was a good moment for both of us.