Next Steps for Landmine Victims 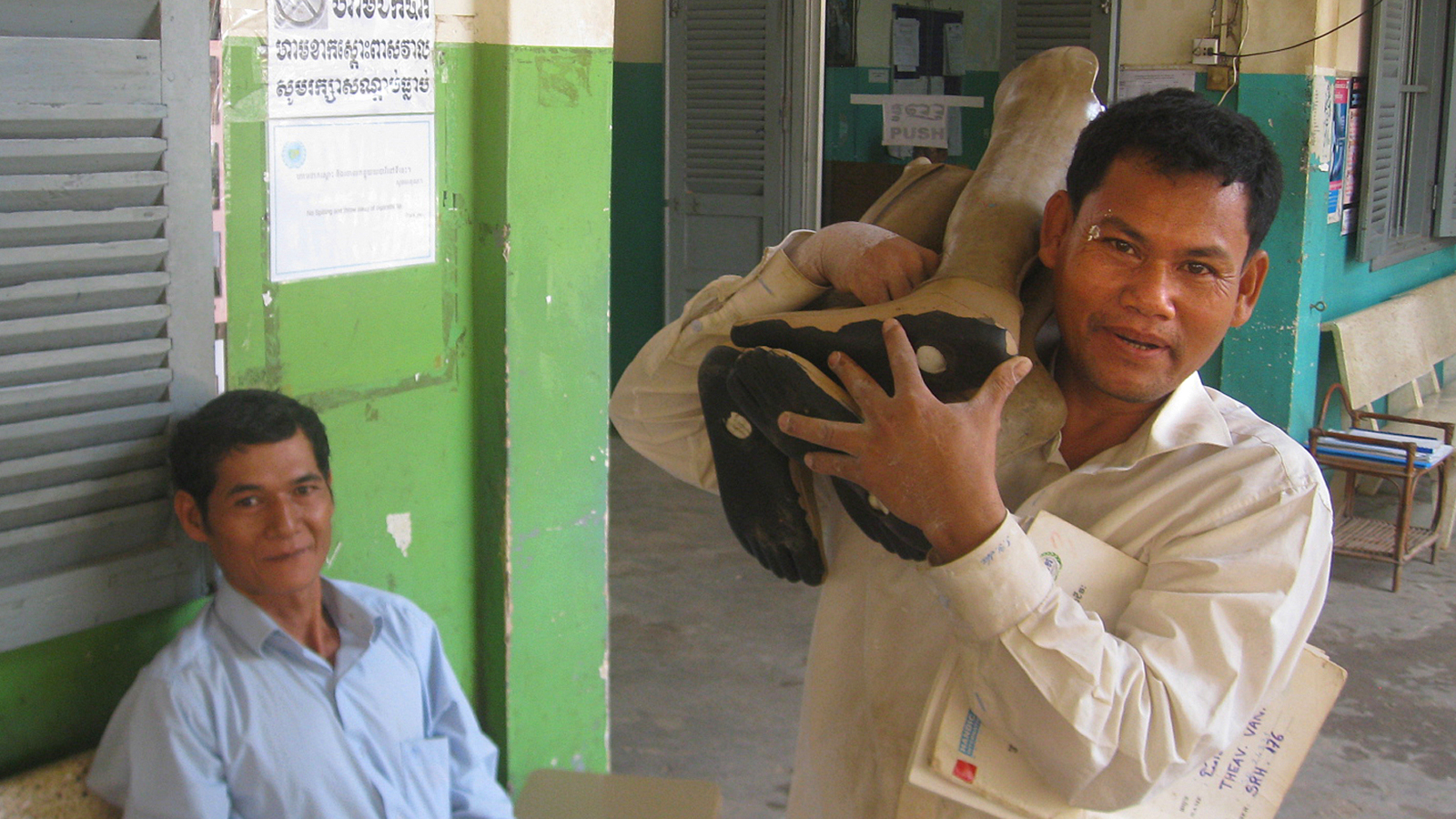 Our guide glanced at his prosthetic limb. Susan Englen, my partner in life and travel and a nurse by profession, noticed the pride on his face and complimented the leg’s craftsmanship. He nodded, and showed us how it worked.

Conversation is one of travel’s great pleasures. Sometimes a casual chat can bring about significant change. In this case, the simple question I asked the guide at a remote Cambodian war museum connected me more deeply to Southeast Asia’s violent history than any of the facility’s engaging exhibits.

Our guide told us that he had been walking in the Cambodian countryside and stepped on a landmine. Instantly, the leg he’d been born with was gone. Recognizing the shock on our faces, our guide informed us that no Cambodian would be surprised by his tale. Thousands of men, women and children have lost limbs to the gruesome artifacts of war that litter this nation’s beautiful countryside.

Most amputees are rice farmers, he said. Without artificial limbs, they can’t plant, tend to or harvest their crops. Crutches just don’t work in the rice paddies. Unable to farm, many victims see little choice but to beg to feed themselves and their families.

Using directions the guide provided, the following day we visited the workshop of the technicians who crafted the man’s leg. We knew instantly that the morning would be more interesting than if we’d stuck to our travel itinerary.

A handful of landmine victims had come that day to see the craftsmen. They talked openly about how they’d lost their limbs and what that meant for the way they live. No one asked for anything. No one expected anything. And we couldn’t help but be moved to learn that the cost to craft a custom-made prosthetic at the shop, as well as the cost of feeding and housing the war victim as he or she undergoes physiotherapy to learn how to use the device, was only $300. The sum isn't much for a world traveler, but it is an overwhelming expense to most Cambodians.

That afternoon Susan and I took a look at our travel budget and decided that paying $1500 to provide five landmine survivors with new legs was a bargain we couldn’t pass up.