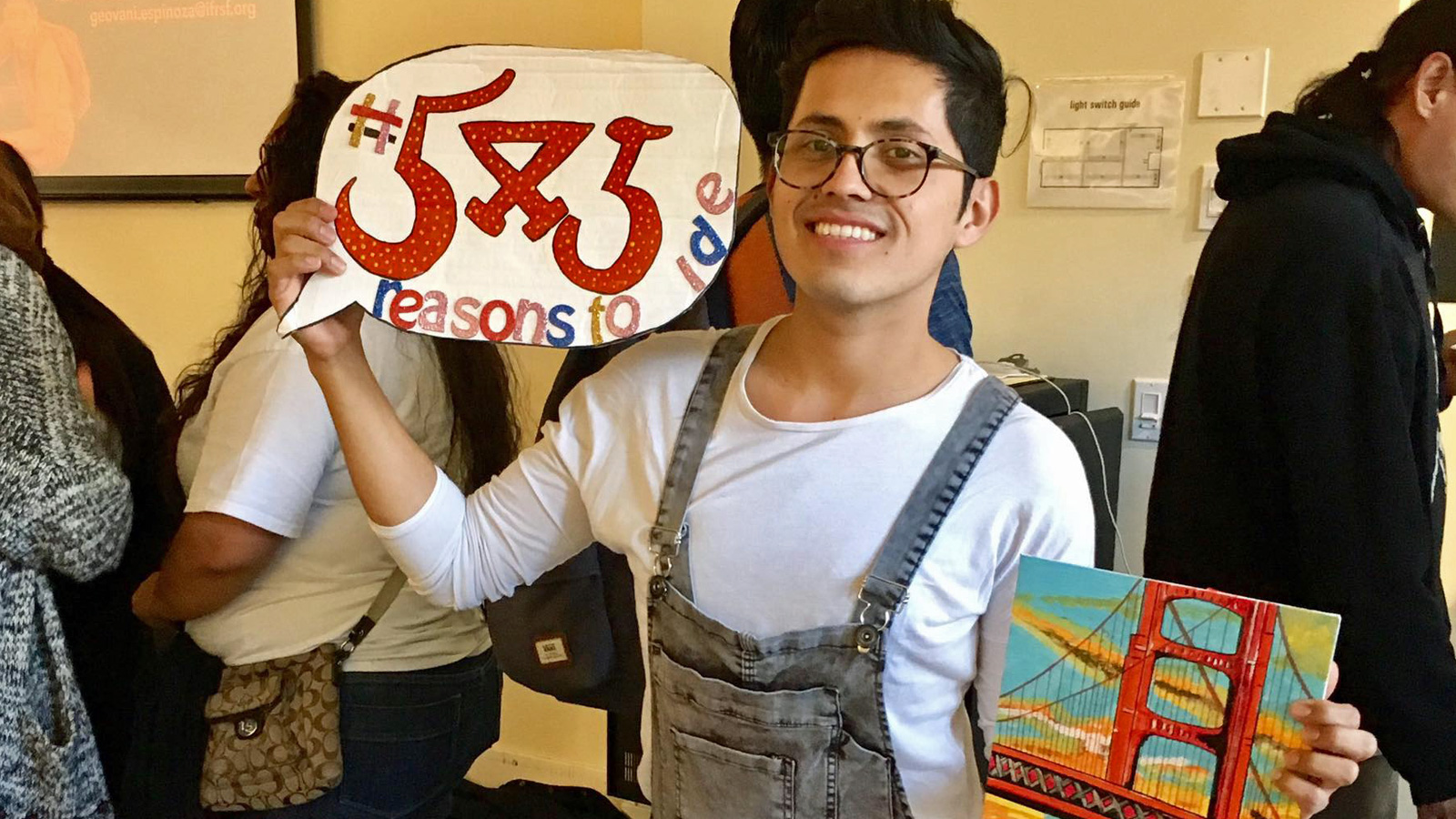 In our day-to-day lives, we forget the not-so-obvious blessings that have been bestowed upon us. One fine afternoon a couple of weeks ago, I encountered a stark reminder of two of the greatest gifts to mankind: a healthy body and a strong mind.

While visiting the Mission District of San Francisco, I ran into a handsome young man who had something important to say. He was raising awareness and money for what seemed from a distance a random cause but one that shook me from within when I lent him an ear.

Mr. Adrian Vargas is a gay man from Colombia infected with the AIDS virus, trying to realize his American dream despite his illness. Adrian moved to the United States two years ago to pursue a higher education but was diagnosed HIV positive soon thereafter.

For me—a twentysomething with ambitions, dreams and hopes—an HIV-positive diagnosis would be devastating. But although shaken to his very core, this gentleman took the news of his condition in stride and decided to make the rest of his life, the best of his life.

Alongside his education, he enrolled as a volunteer at the San Francisco AIDS Foundation, helping critically ill people with their daily care and their positive attitude while also benefitting from their experiences and journeys.

Midway through sharing his amazing journey with me, Adrian's eyes filled with tears but his smile remained steadfast. His courage, determination and gratitude toward life prompted me to understand things I had always read but had never experienced.

Starting June 4, 2017, more than 3,000 cyclists, roadies and virtual cyclists will begin a weeklong journey: a 545-mile bike ride from San Francisco to Los Angeles to raise funds for the critical-care services offered by the San Francisco AIDS Foundation and the Los Angeles LGBT Center. Adrian wanted to raise about $3,000 in sponsorship money for his bike ride to Los Angeles and by selling flan, cookies and cupcakes made by him. The sweets looked delicious, but as I am a vegetarian I had to ask if they were meatless and eggless.

"I'm sorry sir," Adrian replied, "they all have eggs in them, but I can try to research on making eggless baked goods too." His never-say-never attitude came across as a boost of positivity to his already beautiful personality.

I decided to help Adrian in my own capacity, buying $40 worth of baked goods from him. And I decided to join others who were handing out sweets Adrian was selling, which was met with gleams of joy from other volunteers. I also contributed $20 toward Adrian's ride sponsorship; it seemed a very small contribution but felt good all the same. Adrian's happiness and the sense of gratitude at every dollar toward the cause was impeccable and worth a storybook.

I returned home reflecting on this man's story and positivity towards life, how he strengthened my belief system and how he made me realize the importance of smelling the roses in our lives.