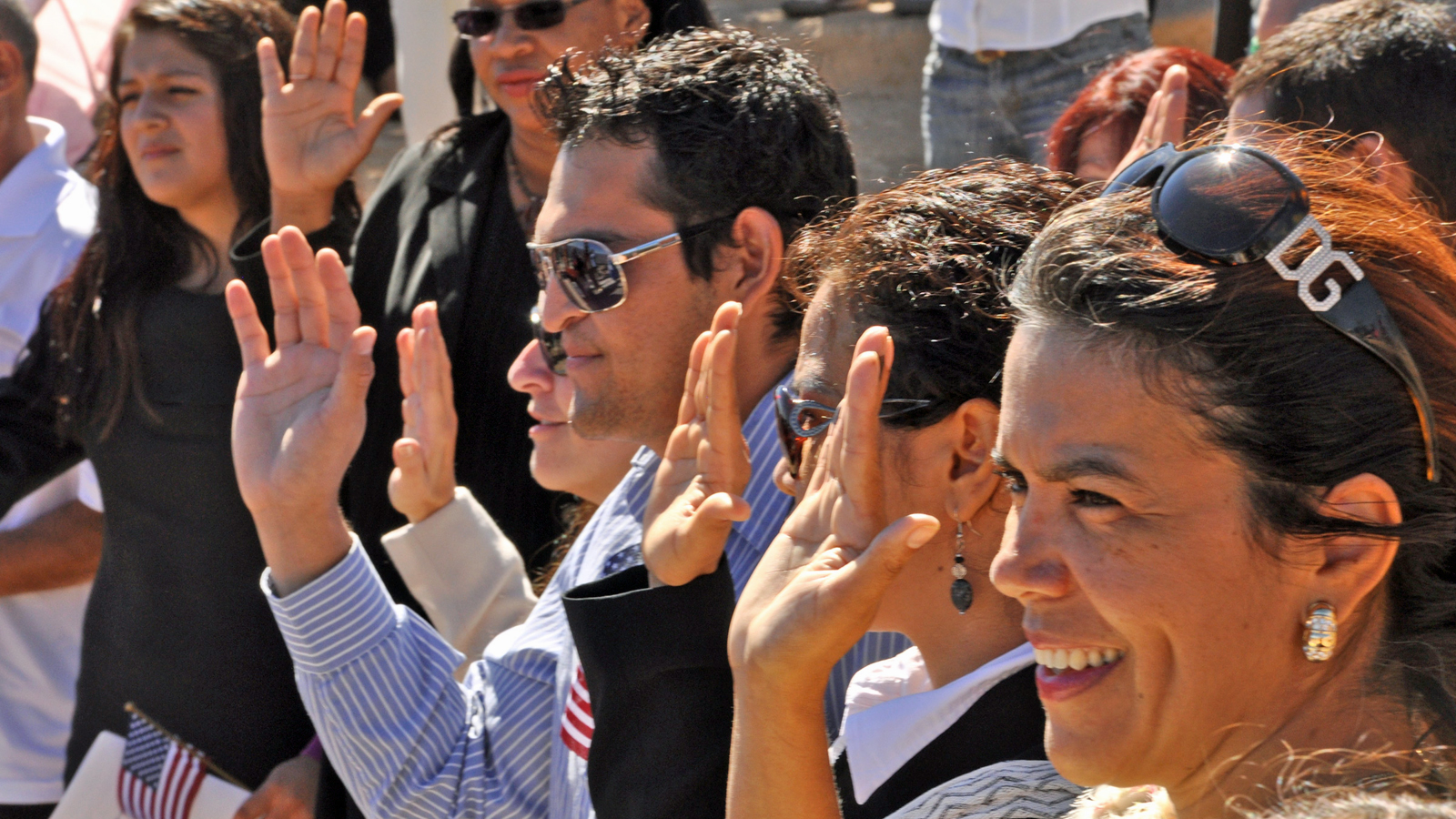 Share
A simple, everyday problem: where in this supermarket is the chicken bouillon? The literal answer turned out to be Aisle 7, but the real answer was "welcome to America."

The first employee I spotted was an Asian woman, I’m guessing she was thirty-one or -two, arranging products in the cheese department. I asked her where I could find chicken bouillon. It immediately was clear in her furrowed brow that she had no idea what I was talking about. In the hesitant, grammatically improvised words of an immigrant whose struggle with English was in an early stage, she suggested the meat department.

"Ummm, I don’t think it would be there," I demurred.

She tried to repeat what I had asked for, as if by pronouncing it she might conjure a helpful idea. But she could not pronounce it very well.

Long story short, after two or three more earnest but unlikely attempts to help, she consulted one of her colleagues, who provided the correct location. I went to aisle 7 (soups), found the bouillon, and headed for checkout.

Before I got to the racks of tabloids and impulse-purchase batteries and candy, I changed direction. I went back to the cheese department. She was still there. She looked unsure about my approach. Why was I coming back? I held up the yellow-and-red box of bouillon cubes, an ingredient which, I’m pretty sure, is not used in traditional Asian cuisine. It was something she had never heard of before, completely foreign to her experience.

"This is what I was looking for," I offered.

"I should try," she said. Now she was smiling.

This was the same smile I have seen on my two-year-old grandson when he was delighted by some amazing discovery: that you can blow the fluffy seeds off a dandelion or make the light come on by moving a switch. Hers, of course, was the smile of an adult, but she was just as delighted at the discovery of this small artifact of her new country. Bouillon cubes. Who knew?


Editor's Note: The photo shows immigrants to the United States taking the Oath of Allegiance at a naturalization ceremony at Grand Canyon National Park in Arizona. Photo credit: Michael Quinn.