Buying a Piece of Art for the Soul 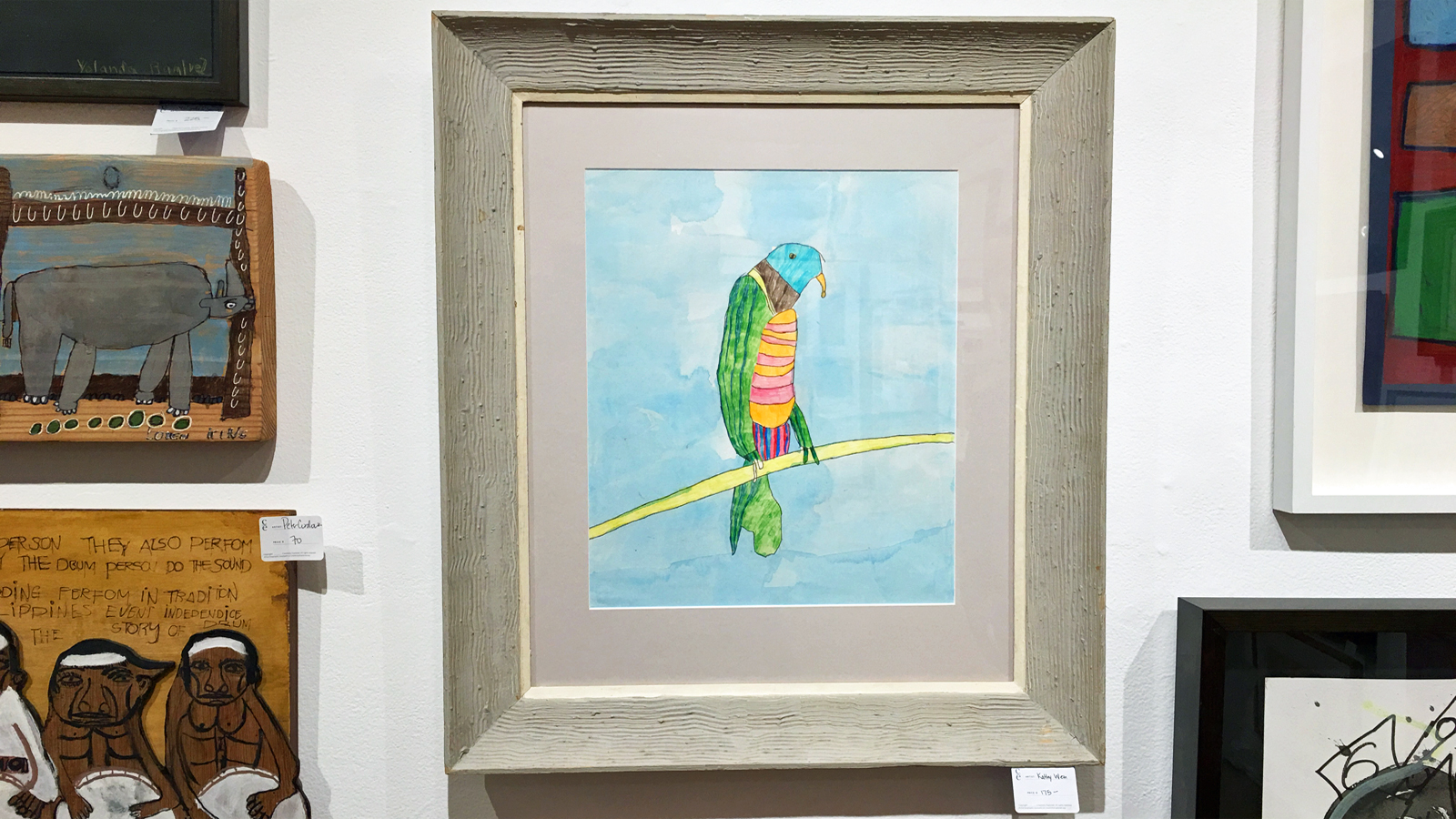 Share
I buy art as often as I drink pale ale, which isn't often. But after telling me thrice to visit Creativity Explored, an art studio and gallery in San Francisco supporting people with developmental disabilities in their quest to become working artists, my sister Victoria finally got me to go. I loved the place the minute we walked through the door.

Located in the Mission District, in a gym-size workshop behind a small sales room, were a hundred-plus people as kind as people come. Ranging in age from 20 to 82, they had been the slow learners that cruel kids made cry in school.

I entered Creativity Explored immediately impressed by how imaginative and compelling I found the paintings on the walls and the sculptures on the tables. I slipped into Material American mode with ease, thinking how nice it would be to possess this piece and that piece and this one and that one.

Interrupting my blissful fantasy of conspicuous consumption was my sister, tapping my shoulder and trying to introduce me to a black man with a kind eyes and a broad smile absent four or six front teeth. His name was Michael Bernard Loggins and he had been writing, painting and drawing at Creativity Explored for three decades.

Loggins' was a success story: In 1995 he began listing his fears and nine years later they were published in hardback form by Manic D Press as "Fears of Your Life." The book led to media interviews and, three years later, publication of "Imaginationally," an illustrated dictionary of words created by Loggins such as "terrifical" and "foolishment."

Meanwhile, Loggins' words, drawings and paintings (the latter generally featuring animals, idyllic worlds and imaginary people) were exhibited in galleries across the U.S. and in France; I learned that and the stuff about Loggins' books at Creativity Explored's splendid website.

In person, Loggins was shy and shook my hand with a little giggle as my sister introduced us. We exchanged pleasantries and agreed that Creativity Explored was a wonderful place. Just before I wandered off to meet other artists and browse their work, Loggins reached into a pocket and handed me a neatly folded piece of paper. On it, handwritten in black pencil, were these words: "YOU ARE LOVED. FROM MICHAEL."

Or words like them. I don’t tend to hold on to stuff for long. That piece of paper lasted longer than most—at least two months atop my dresser before landing in the recycle bin—but I’ve forgotten exactly what was written on it.

And that’s fine. Exactly what the note said is unimportant. What matters is that I remember standing there staring at the paper, reading it several times and thinking how lovely the sentiment was and how happy it made me. The note was a kind gift that seemed to just come out of nowhere to restore my faith in humanity.

I thanked Michael and shook his hand and looked into those kind eyes and that teeth-challenged smile and thought how sweet he was.

Other artists were equally sweet and I nearly bought a ceramic Godzilla from one of them. It lacked the refinement generally found in Godzillas, which I liked. It looked like a melting mint-ice-cream Godzilla. But I settled on the worldy parrot in watercolor you see here by Kathy Wen, which I paid $140 for. Other works by Wen, as well as works by Loggins, can be seen at Creativity Explored's website.

Would I have bought the watercolor had I found it elsewhere? I doubt it. But for the joy it gives me and the accompanying joy of supporting Wen, Loggins and others in their efforts to be all the artists they can be, I haven't the slightest regret.