Discarded Dogs Saved by an Angel 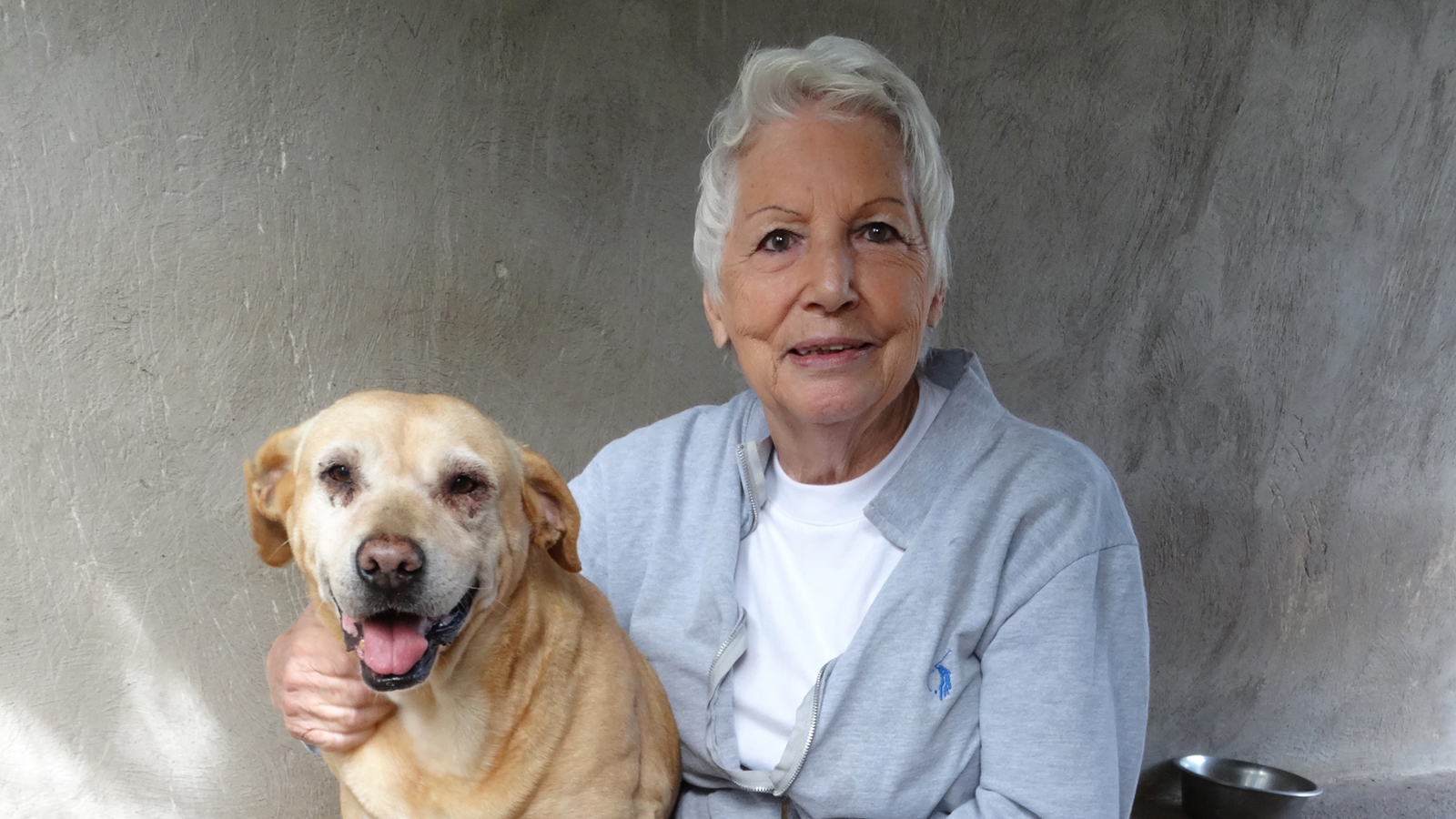 Share
With few exceptions, dogs in Mexico are used for guarding property or for wager fighting. They are rarely valued for companionship.

As a result, dog abuse is rampant in Mexico. One need not spend much time in the country to see it. Gudrun Jones saw it, when she and her husband, Dryden, retired to Chapala, Mexico, from the USA nearly two decades ago. What she saw moved her to take action.

Since then, Gudrun has scaled fences to rescue abused dogs, scooped up and cared for pups starving on the streets, and earned the respect of authorities who once ignored her but now investigate reports of abused or abandoned animals that she calls in.

There were more than 70 dogs in the kennel Gudrun created, and another 14 living in her home, when I paid a visit a year ago and donated $1600—enough to feed the pups for a month. Among the animals:

Lobo, a sweet long-haired mix that had been kept on such a tight chain that it had to be surgically removed from the animal's flesh;
Jack, a little brown dog that was terribly scraped, lost an eye and suffered broken bones when he was thrown from a moving car;
Tommy and Lester, two of three dogs that were left to starve in a house when its renters moved out (the third dog died); and,
Chula, a short brown dog that wags her tail excitedly whenever you smile at her, was run over and left for dead by a driver who made no effort to avoid the animal.

I spent an afternoon with Gudrun and Dryden—she the daughter of a Luftwaffe pilot who was shot down over London, he a B-26 pilot who fought the Japanese in the Pacific. I met most of the doggies and was delighted to see that all had room to run and bounded around joyfully.

And I met volunteers creating high-protein meals for man's best friends. I learned from the volunteers that Gudrun worked with veterinarians who, at her urging, spayed or neutered thousands of dogs. That's a good thing to do in an area where the number of dogs outnumbers the number of people willing to care for them.

Pictured are Gudrun and Allie, a chubby lady pit bull that showed up at the gate of the shelter nine years ago and never left. A lucky dog and her guardian angel—sweet!