A Gesture of Respect for a Recycler 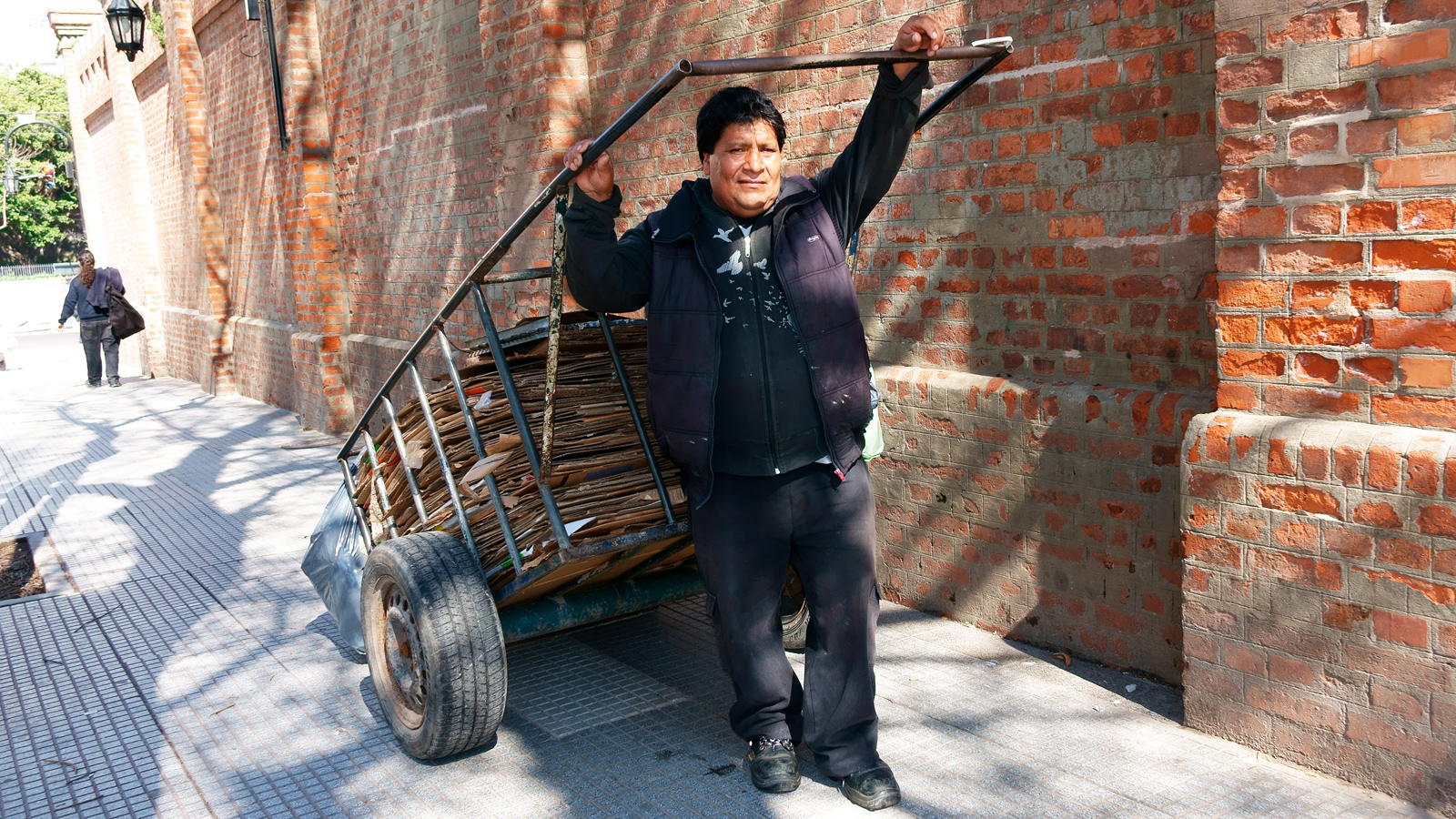 Share
Every day, rain or shine, a veritable army of 15,000 people leave the slums of Buenos Aires to scour the fashionable boulevards of Argentina’s capital for recyclables discarded by the city’s wealthy residents.

Theirs is a filthy, physically demanding job, requiring that the recyclers (known locally as cartoneros) push car-sized carts up and down busy streets and sidewalks from sunup to sundown to earn what they can from the public service they provide.

Those fortunate enough to be registered cartoneros receive between $192 and $384 a month from the government—a sum that won't lift them out of poverty. The rest get far less, selling hauls of discarded plastic bottles, cardboard boxes and the like for a pittance to recycling companies.

Up until a few years ago, when the government passed a law giving some of the cartoneros a salary, most of the inhabitants of the city of 13 million looked down upon the recyclers.

So entrenched was the negative prejudice toward cartoneros that a judge once not only threw out a damages case brought by a recycler who had been severely injured by a careless motorist, but the judge also penalized the victim for pushing a cart without tail lights.

Today, cartoneros receive more respect, but they continue to work as hard as ever for very little, resembling beasts of burden as their bent-over bodies push carts packed with waste up and down crowded streets and sidewalks.

"Un hombre de Buenos Aires" (a man of Buenos Aires) I said before composing the photo with the same care I'd have taken if he'd been Argentina's president. He smiled when he heard the words, pocketed the note, and posed for the photo you see here. And then he was off, resuming his never-ending search for recyclables.