Putting a Price on Gratefulness 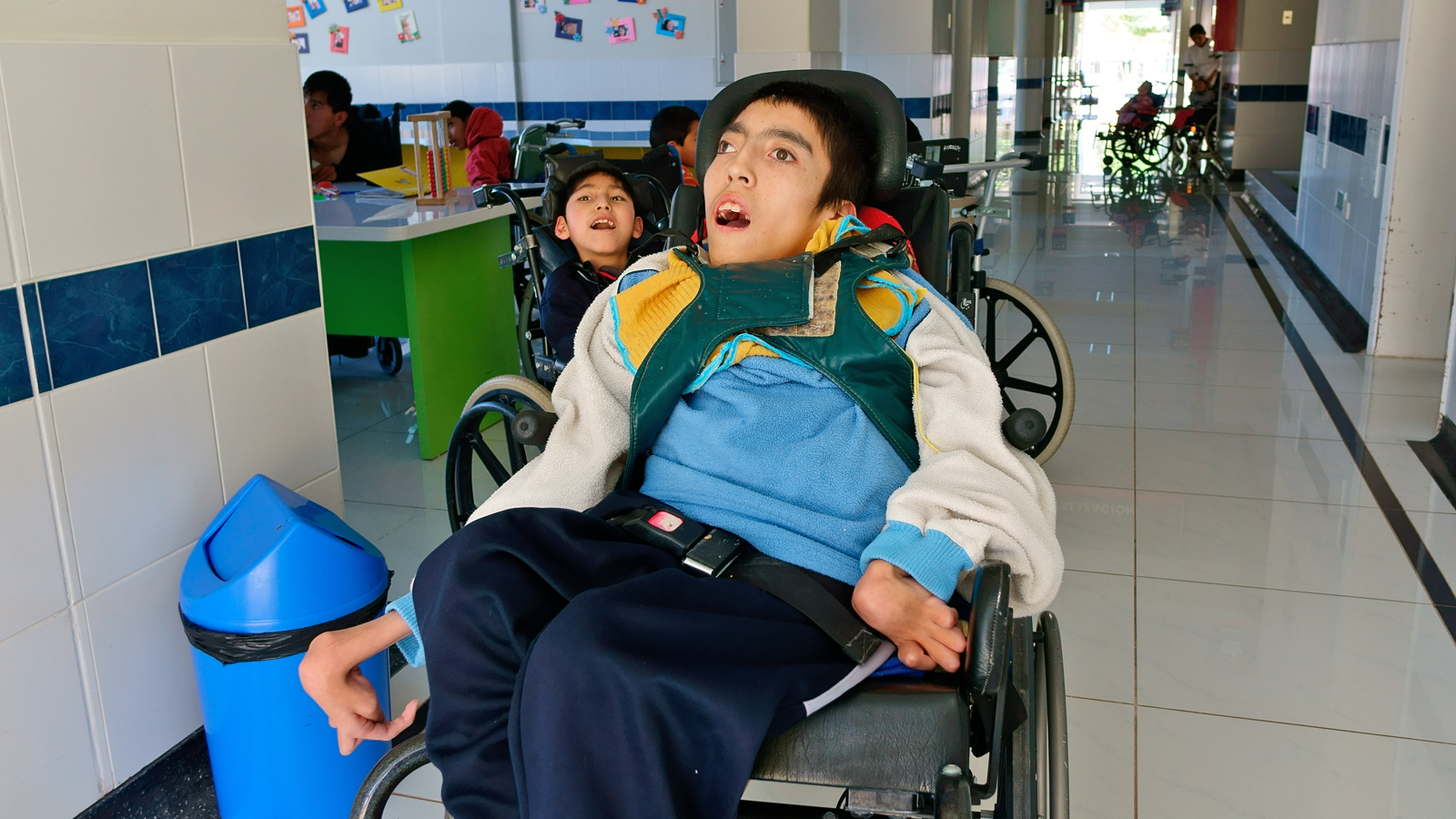 Share
Muscular Dystrophy is a group of diseases that cripple and kill kids, and in the highlands of poverty-stricken Peru, MD seems as prevalent as the raindrops that frequently drench the heartland of the ancient Incan Empire.

The luckiest of the area's MD-afflicted children "only" struggle to walk. The unluckiest, including the boys pictured here, have skeletal deformities and severe brain damage. Theirs' are lives of pain and confusion and total dependence on others.

Without the Clinica San Juan de Dios in Cusco, thousands of children afflicted with MD would receive little or no relief from their incurable diseases. Their parents, typically poor farmers, lack the knowledge and the means to reduce the children's suffering. The Peruvian government could help but it doesn't.

My wife Susan and I learned of the clinic from a hotel receptionist, who was kind enough to call it on our behalf and explain that two tourists hoped to visit the facility and perhaps make a donation. Thirty minutes later, Wilson Sanchez Caballero, one of the clinic's administrators, drove to our hotel and picked up Susan and me.

In broken English, Wilson gave us a tour of the clean and modern four-story facility. He told us that the area's hospitals attended to some of the children's needs, but none offered physical therapy for MD children.

As Wilson spoke, we wandered from room to room, walking in on physiotherapists working with MD children—trying to get the kids' brains to communicate with their limbs. For many children with MD, picking up a Crayon has to be taught; without hundreds of hours of physical therapy, the MD child can want to reach for and pick up a Crayon, but the body won't respond.

As I watched the physical therapists exhibit enormous patience as they repeatedly moved the limbs of their young patients all the while speaking to them in soothing voices, I thought how incredible the therapists were. As if reading my mind, Wilson said, "We have 15 physical therapists. Last year alone they worked on 16,000 children."

I asked him if we could go to his office, and he led the way. There, in one corner, were reminders that the clinic was created and run by a Catholic brotherhood: A small crucifix and, under it, a jar containing coins and a single bill—a 10-soles Peruvian note equal to about US$3.

"We are grateful for every donation we receive," Wilson said when I commented on the coins and the solitary note, "but feel no obligation to make one. It was my pleasure to show you around."

I thought about the hard-working physical therapists. The official minimum wage in Peru is 850 soles (about US$250), and the therapists likely didn't earn more. My time in Peru was ending and I still had a wad of soles in my pocket. I handed Wilson ten one-hundred-soles notes, much to his surprise, and he gave me a receipt and a thank-you accompanied by much handshaking.

The donation seemed small to me—a person without any major health issues and living in a prosperous country. I felt very grateful that I did not have muscular dystrophy.

Taking some time to learn about the region's MD kids and the help they receive and making a donation to better their lives and their care—it all seemed perfectly natural. To do anything less did not.