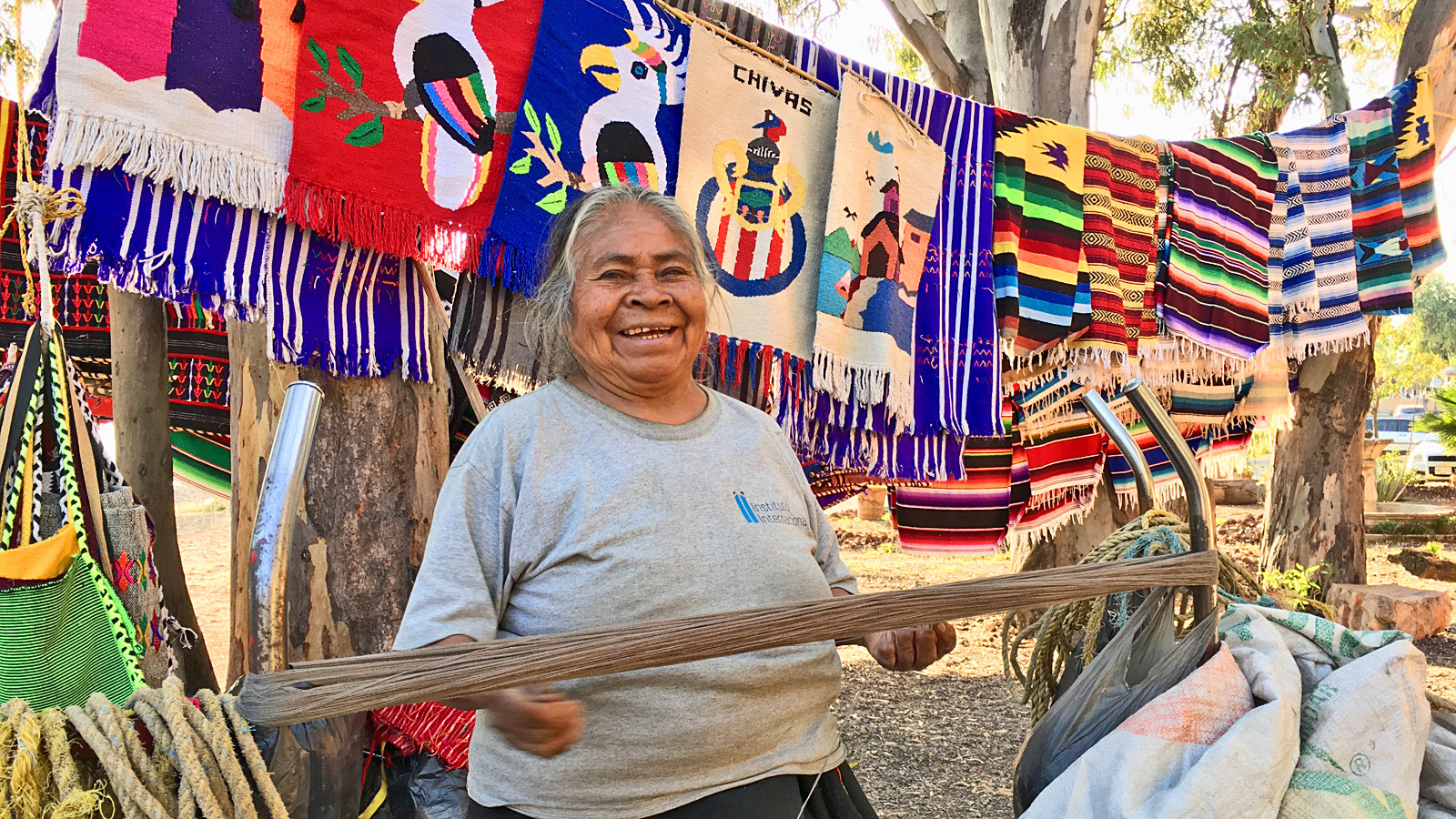 Share
The woman in the photo is Ochita. She’s sixtysomething and lives in a clapboard shack in the village of Ajijic half a mile from Mexico’s largest lake. This I learned from Ajijic taxi drivers and a chat with the lady.

Except for Christmas her days start like this: shortly after sunup Ochita wraps dozens of colorful blankets burrito-style in six large tarps made from rice sacks. She cinches them tight with nylon ropes but none shrinks smaller than a beluga whale.

Ochita has two hand trucks and she clean-and-jerks three of the blanket burritos up onto each hand truck. She then secures the bundles to the dollies with rope.

The roads from Ochita’s shack are cobblestoned. The sidewalks are puny, leaving Ochita no option but to push the hand trucks across the uneven stones.

Pushing a heavily laden dolly 30 feet across cobblestones is grueling, but this Ochita does repeatedly till she’s muscled her blankets to lakeside. The move takes about 2 hours, Ochita said without a hint of complaint.

At lake’s edge Ochita spends the next hour suspending her blankets from rope stretched between eucalyptus trees. Afterward she stands beside her wares smiling and happy, because she knows there are many people less fortunate than she.

And there she stands, hoping a tourist will buy a blanket from her, till the hillsides fill with shadows and the sky turns purplish with the dawn of night. As the sun sets she removes her blankets, wraps them up, heaves them onto the dollies, and pushes them uphill until she's home. There she unpacks them to prevent wrinkling.

Yesterday was Christmas Eve 2017 and I came upon Ochita and her blanket burritos at a crossroad five blocks from the lake. A rope had broken and she was standing over three untethered bundles, marshaling mental forces to tackle the task of reloading a hand truck with rolled-up blankets.

I came over. She pointed at a broken rope and said with a chuckle that it had worn out. All of the rope I could see was wearing out. Then, with enough effort to make me sweat, we loaded up the hand truck and went separate ways.

Every store in Ajijic was closed the next day—Christmas—but the day after that I went to a hardware store and bought 35 meters of thick nylon rope and a knife to cut it with. I then walked to the spot where I'd seen Ochita on many previous visits to Ajijic and presented her with a gift of rope and knife.

"Feliz Navidad"—Merry Christmas—I said. "Feliz Navidad!" she said with a giggle and a hearty "Gracias!" She told me the rope was a perfect "regalo" (gift) for her because she used many ropes. We talked awhile, me with my cruddy Spanish catching about a third of what she said.

That night I decided my new year's resolution would be to perform more kind acts in 2018 than I'd performed in any previous year and I smiled at the cost of my kind act hours earlier: 220 Mexican pesos, or about 12 American dollars. So little for the joy the gift brought Ochita and me!