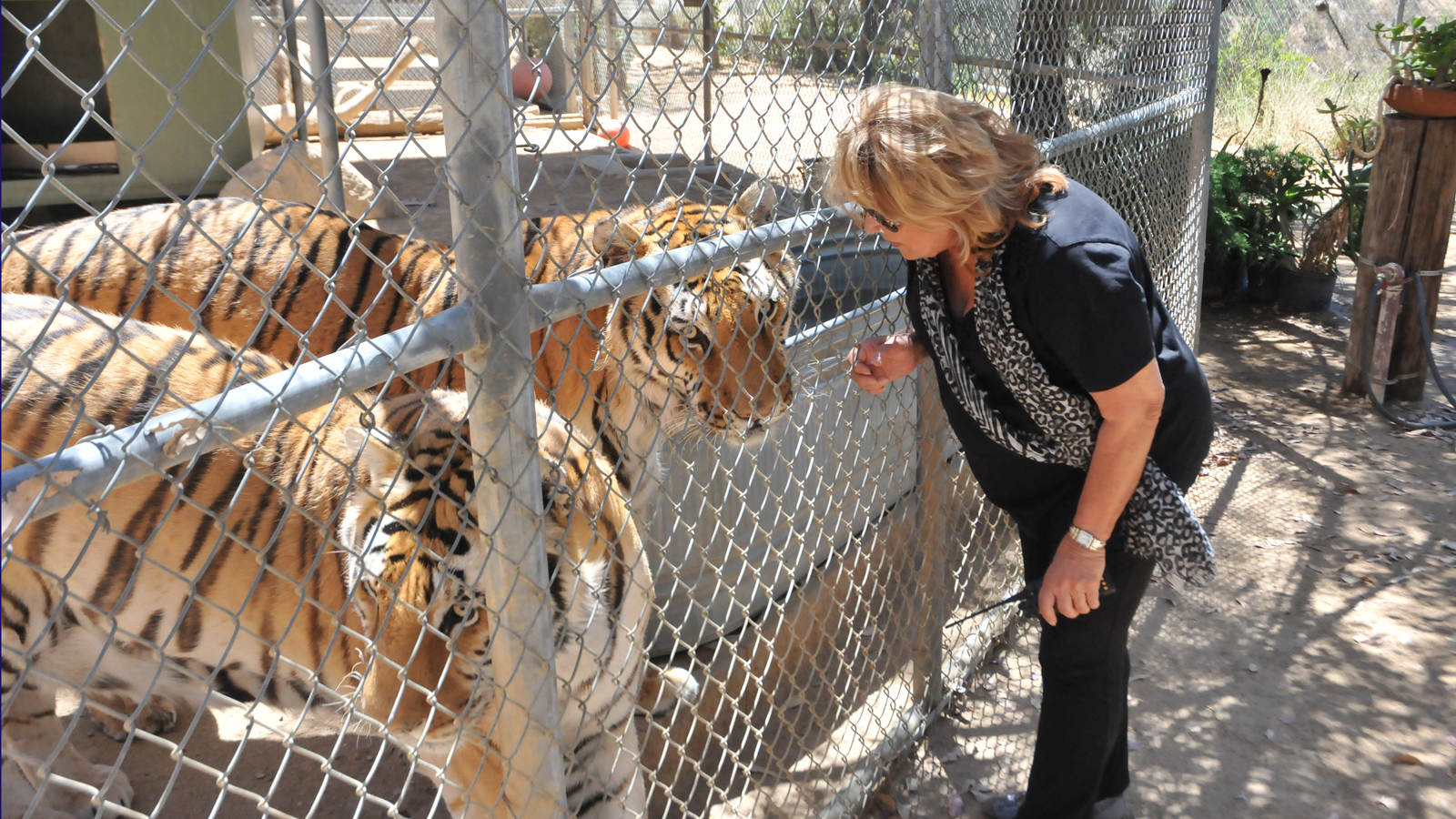 Share
Twenty-four lions rescued from a deplorable place in Idaho. Two grizzly cubs left motherless by a rifleman in Montana. Forty chimpanzees plucked from the hell of biomedical research labs.

These are but some of the 76,000 abused, abandoned, orphaned or injured animals taken in by the Wildlife Waystation since 1976.

Located in Sylmar, California, the Wildlife Waystation provides 24-hour care by a professional staff and well-trained volunteers to more than 400 permanent animal residents. The sanctuary is supported solely by the private sector, even though it's often the first place many governmental agencies turn to when seeking a safe home for stricken wild animals.

I was a wire-service reporter for United Press International in Los Angeles in the mid-1980s, back when UPI rivaled the Associated Press as the world's most-influential news organization. It was then that I read the story behind the Wildlife Waystation.

The sanctuary was the divine creation of Martine Colette (pictured). As a child she traveled the world with her father and the two spent considerable time in "catching camps" that furnished animals to zoos around the world. It was while she witnessed the plight of those animals, and the mistreatment of others in hunting and trapping camps, that she decided that helping wild animals would be her life's calling.

In the 1960's, after building a successful Hollywood costume design business, Colette began caring for exotic animals in a three-bedroom house—"animals given to her by people who suddenly realized an ocelot was not intended to be a house cat," as the Wildlife Waystation's website tells it.

It was roughly a dozen years later that I made my first trip to the sanctuary. The Wildlife Waystation seemed a lot like a zoo—complete with tigers, bears, jaguars, bison, bobcats, llamas, monkeys, rabbits and even camels—except every one of the animals there had been rescued, some from ghastly private exotic-animal collections masquerading as zoos (sadly, such places still exist in the U.S.).

Back in the late-1980s, I drove a cheap car, lived in a crummy apartment and made a modest $21,000 a year before taxes. But within a month of my first visit to the Widlife Waystation I’d donated $1,000 and soon after another thousand. That was a ton of money for me at the time, more than 10 percent of my net income.

I mention the amount of my donations relative to my humble income with hope that you, dear reader, won't postpone a kind act—maybe even a life-saving act—because you don't feel wealthy enough yet. Remember what Howard Hughes said when asked what was the right amount of money. Hughes, who was one of the world's richest men at the time, answered: "A little more than you’ve already got."

But, I discovered, helping animals that have been snatched from the wild and depend upon kind people can buy happiness. Every time I think of my lean years working for UPI, covering crime in the City of Angels, I think how good it felt helping all kinds of wonderful animals who were in a world of hurt before Colette came along. Colette and to a far, far smaller—but not insignificant—extent, me.